Recently, we botched a biggish feature launch at Atfarm: We released a feature in the front end, before the back end was ready. In the end, we had to roll back the front end.

There was a lot of small decisions that caused our release process to trip up, but in the end I felt responsible.

And so, instead of waiting for a week for everyone involved to have an hour of time for a proper post-mortem / retro, I took 15min on the afternoon to share the following message: 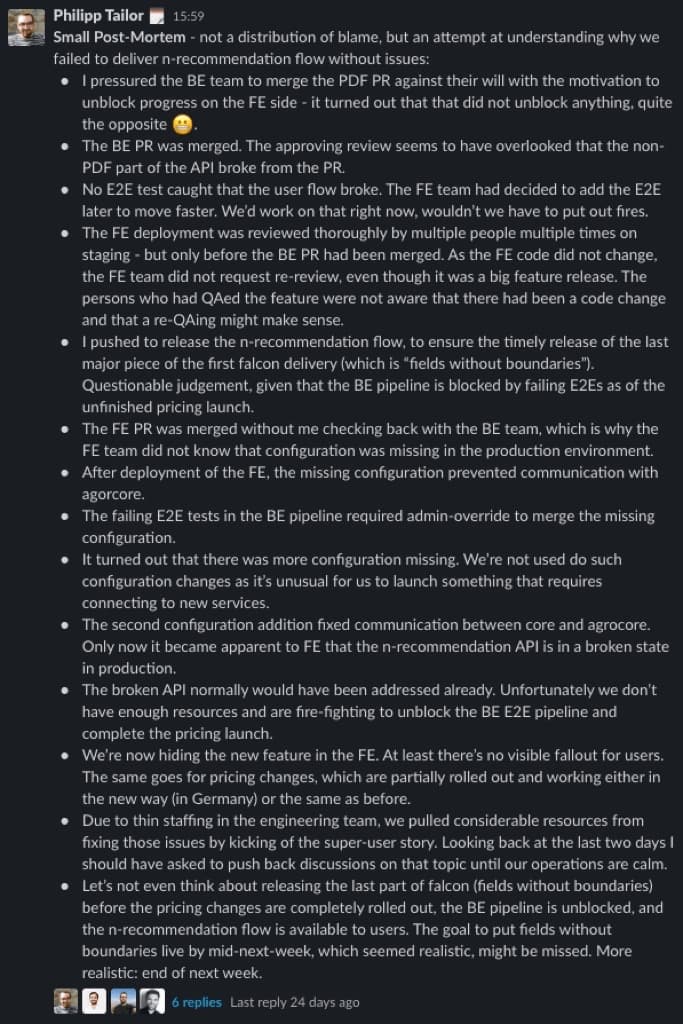 The effect was amazing. Everyone started to confess how they could have done better - and will, next time. There was no blame attributed to others, everyone looked inward. We were united in feeling responsible and wanting to do better. And strangely, even though we had fucked up, we at least understood why and felt better for it.